ENON, Pennsylvania — Somewhere along the line, the little village of Enon was reclaimed by the land. For years, this was where the hopes and dreams of immigrants were realized, the dreams of many Welsh Baptists and Quakers who fled their homeland when the British government persecuted them for their dissent from the Church of England. That same government also wanted to force them to adhere to English culture.

All that is left standing is the Enon Baptist Church, a tidy, white, clapboard structure that, starting in 1848, offered the faithful the ability to practice their religion freely, without fear of imprisonment or flogging, in the wild frontier of a country that had barely passed its 50th year of existence.

Five years after shutting its doors for good, the Enon Baptist Church stands on the precipice of either returning to the soil or finding an enterprising buyer to plunk down $50,000 and bring it back to a new life.

While the structure, like the people who founded it, is sturdy, the ground it sits on is encroaching at a rapid pace.

It is lost on the loudest voices in our modern culture what religious liberty means to people of faith. Perhaps it is because those curators of popular culture do not practice a religion, have never associated with anyone who has and/or live in a community in which adherence to ideologies such as climate change or social justice have replaced adherence to a belief in a higher being.

Religious liberty is enshrined in our Constitution. The First Amendment declares the right of all to exercise religion freely, without being coerced to join an established church, something the early Welsh settlers fled. People also hold the right to abstain from action in accordance with one’s religious beliefs.

Freedom of religion exists for organizations as well as individuals.

After nearly a decade of asking for a religious exemption from a contraception mandate in the Affordable Care Act and subsequent litigation, the U.S. Supreme Court reinforced our foundational freedom of religious liberty in a 7-2 decision that upheld the right of the Little Sisters of the Poor to follow its religious convictions.

As a sign of our deeply disturbing, polarizing times, instead of everyone celebrating liberty from an unconstitutional government mandate, it became a partisan mocking of people of faith.

There were headlines such as “The Supreme Court Sidelines Women in Favor of Religious Bosses” at Slate, “Supreme Court Birth Control Ruling Shows How Civil Rights and Abortion Access Will Be Limited” at NBC and “The Roberts Court Curtails Birth Control Access. Again” from The New York Times editorial board.

Instead of celebrating our religious liberty remaining intact, Joe Biden said in a statement he was “disappointed” and that the ruling would make it easier for President Donald Trump to “continue to strip health care from women — attempting to carve out broad exemptions to the Affordable Care Act’s commitment to giving all women free access to recommended contraception.”

Biden completely dismissed the fundamentals of our Constitution in favor of a political wedge issue. No one is taking health care away from women, nor is mandated birth control supplies a right. Furthermore, this battle was never about Biden or former President Barack Obama; it was always about a government policy that required religious organizations to violate their moral and religious convictions.

The press, Biden, Democrats and the curators of our popular culture did not frame this as the Supreme Court protecting our religious freedoms. It is as if none of them had any historical knowledge of how much that very freedom is what led waves of immigrants here.
Of course, we know that’s not true. These are very smart people who went to the best universities money can buy. It is just that this constitutional freedom has little meaning to many of them, so, therefore, it should not be celebrated.

The fear among people of faith in this country is that the irreligious and prejudiced viewpoints of those who control our culture (such as much of our larger news organizations, entertainers, corporations and the Democratic Party) will erase those protections for religious freedom, leaving that constitutional right extremely fragile.

And like the town of Enon, reclaimed by the environment, the right may succumb to the virtuosity of the liberals. 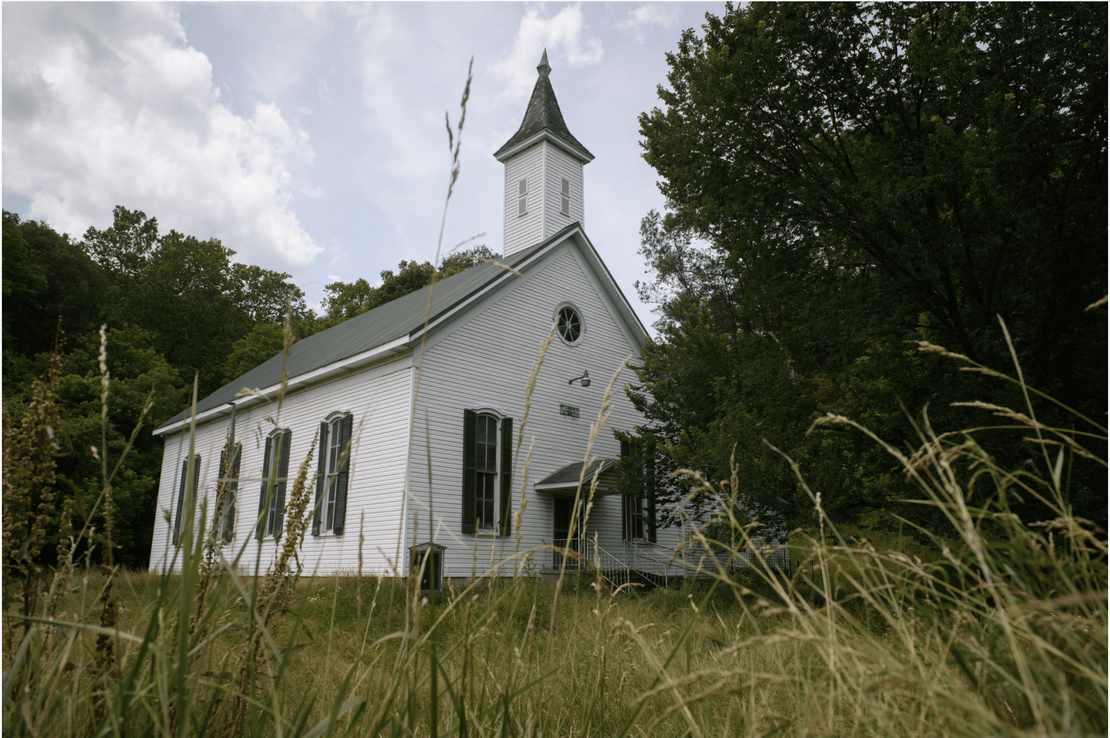 Five years after shutting its doors for good, the Enon Baptist Church stands on the precipice of either returning to the soil or finding an enterprising buyer to plunk down $50,000 and bring it back to a new life. (Photo credit Justin Merriman)

Salena Zito is a CNN political analyst, and a staff reporter and columnist for the Washington Examiner. She reaches the Everyman and Everywoman through shoe-leather journalism, traveling from Main Street to the beltway and all places in between. To find out more about Salena and read her past columns, please visit the Creators Syndicate webpage at www.creators.com.