Insanity Wrap needs to know: Is it possible to dispute an election before it happens?

Speaking of disputed elections — even if only in her own mind — Fake Georgia Governor Stacy Abrams (D-Mented) is back at it again, plus the most exciting police body cam video you’ll see all year.

All that and much more on your Insanity Wrap for this 16th day of July, in the year of Our Madness, 2020.

But back to our opening question: Is it possible to dispute an election before it happens?

Depending on how you define “disputed,” apparently it is possible.

RCP’s Philip Wegmann has a new piece up today headlined “With Delayed Election Tally Likely, Both Sides Gird for Battle.” 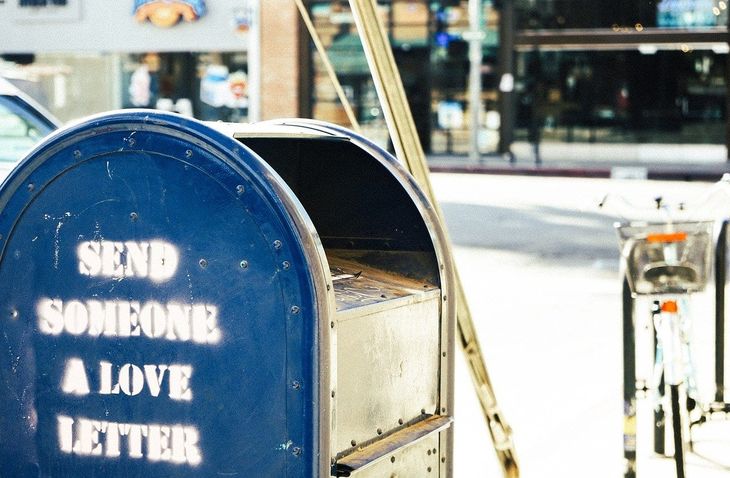 (Image by StockSnap from Pixabay.)

President Donald Trump told RCP last week that “this will be the most fraudulent and rigged election in the history of our country,” because of increased requirements to vote-by-mail.

Few sitting presidents have raised alarms about the integrity of an upcoming election. It is not, however, a new gripe for this one; in fact, critics have long called it a favorite Trump conspiracy theory. But new circumstances have emerged: An electoral system strained by the coronavirus and then aggravated by partisan suspicions could trigger the capstone train wreck of 2020.

As a result, “Americans might have to wait a week or more after Nov. 3,” and the election law experts Wegmann consulted told him they “expect it could be worse.”

Insanity Wrap imagines Election 2020 will go like Florida 2000, except spread across most or even all of the 50 states.

Vote-by-mail engenders distrust in a system where trust is required. Voting in person works the other way.

Before Colorado moved to vote-by-mail, Insanity Wrap trusted the system as much as it’s possible to trust any inherently flawed human system.

You would show up at your polling place, where they would check your ID and compare it to a (presumably) up-to-date voter roll. Only then would you be given your ballot, which was yours to fill out in secret, and then you yourself would slip it into a counting machine.

With vote-by-mail, unknown numbers of ballots are mailed out and returned — or worse, harvested — with no such trust-building checks in the system.

Plus, there’s the indisputable fact that the postal union, which shouldn’t even exist, is a blatantly partisan organization. Your polling place is supposed to be staffed by members of both major parties. It isn’t necessarily that the Post Office will cheat, but giving our ballots to members of their union doesn’t exactly create a climate of trust in the system.

Insanity Wrap maintains that is exactly what the big move to vote-by-mail is all about.

Vote-By-Mail Will Be the Death of the Republic

It isn’t about stealing elections, although for members of a certain party who have long profited from such shenanigans, it’s a very nice little side benefit.

But if vote-by-mail can create enough disputed elections, if it can generate enough sentiment that voting itself is fraudulent, that our constitutional republic itself is unworthy, then The People(TM) will become ready for something else to replace it.

Vote-by-mail would be a piece of the same puzzle whose other pieces include things like the 1619 Project, antifa, and the official BLM organization.

Has Insanity Wrap gone totally paranoid, or did you find yourself nodding along?

(“Both” is an acceptable answer.)

MSNBC continues to treat the failed Georga gubernatorial candidate and successful conspiracy nut with respect because MSNBC is staffed almost entirely by failures and conspiracy nuts.

Whatever Democrats like Abrams might think of Governor Kemp, Georgia enjoys, if that’s the right word, a COVID-19 death rate almost a third smaller than New York’s, and more than 40% smaller than New Jersey’s.

Governor Kemp Is Trending Again for Absolutely No Reason

Whatever Kemp is doing, Insanity Wrap says it seems to be working.

But Abrams is still auditioning for that veep slot not even alleged Democratic presidential nominee Joe Biden is senile enough to give her, so she has to say these things.

From the New York Times:

Ever since Mr. Biden became the presumptive nominee in early April, the financial floodgates have opened, as major donors who once backed his rivals rallied behind him and small contributors surged toward the chance to oust Mr. Trump. James Murdoch, the son of the media mogul Rupert Murdoch, and his wife, Kathryn, each gave $615,000 in June to Mr. Biden’s shared committee with the Democratic Party. During the primary campaign, Mr. Murdoch had donated to Pete Buttigieg, the former mayor of South Bend, Ind.

Will Chamberlain wonders, “Is it too much to ask that the owners of Fox News not donate to Democrats?”

Insanity Wrap makes it a habit not to watch any TV news except when contractually required to by PJMedia or under duress, but we’re told that Fox News has been trending leftward for some time now.

Today’s news about the Murdochs comes as no shock.

Because the First One Worked Out So Well

They know how this ends: Lawlessness all the way up to murder. Insanity Wrap was about to write, “And yet they do it anyway.”

But that’s not true. Lawlessness all the way up to murder is why they do it.

Stop Everything and Watch This Police Body Cam Video

Insanity Wrap always likes to finish with something positive, so here you go.

Knife-wielding baddy — who had allegedly just stabbed a 77-year-old man at a convenience store — was pulled over on Tuesday by a Michigan sheriff’s deputy and told to drop the knife. Instead, he just kept coming at her.

What Insanity Wrap wants you to pay special attention to starts at about the 35-second mark, when the deputy’s pistol jams and she clears the jam and resumes firing in approximately nothing flat.

We can debate all day whether she let the baddy get too close before firing, but the fact remains that her training is so solid she was able to clear the jam with high-speed muscle memory.

Insanity Wrap has got to spend more time at the range.

That’s a wrap for today. Come back tomorrow for more, assuming we make it that long…

Previously on Insanity Wrap: Welcome to the Light Side, Jake Tapper

Tucker Carlson Is Back, Sounds off on FBI Raid and DOJ