What do you get when Florida Man reveals himself to Florida Woman as the world’s tallest good Samaritan?

Let us begin as we always do with…

The Most Florida Man Story Ever (This Week)

The ones who are best at being celebrities always have their game face on in public.

Just to give one example, Johnny Carson was urbane and unflappable as host of The Tonight Show, but by all accounts in real life, he was awkward and cold.

I always wanted to like former NBA star Shaquille O’Neal even though I’m not a basketball fan. He always exudes warmth, and if as an actor he’s an excellent ballplayer, I still loved him in silly fare like Steel and Kazaam.

But if Shaq — who lives in a multijillion dollar Florida Mansion — has been faking being a good guy all this time, he fakes it really, really well as Florida Woman can now tell you.

O’Neal, who lives in the Orlando area, was traveling on Interstate 75 near Gainesville on Monday when he saw the woman pull onto the side of the road, the Alachua County Sheriff’s Office said on a Facebook post.

He stayed with the woman until deputies arrived at the scene.

In the video posted to Facebook, deputies thanked O’Neal for his assistance. The driver is heard telling deputies that the tire blew out, forcing her to pull over and that O’Neal stopped to help.

“He fist-bumped Deputies Purington and Dillon before going on his way,” the sheriff’s office wrote on Facebook. “Hey Basketball Cop Foundation you’re not the only one that knows Shaq.” 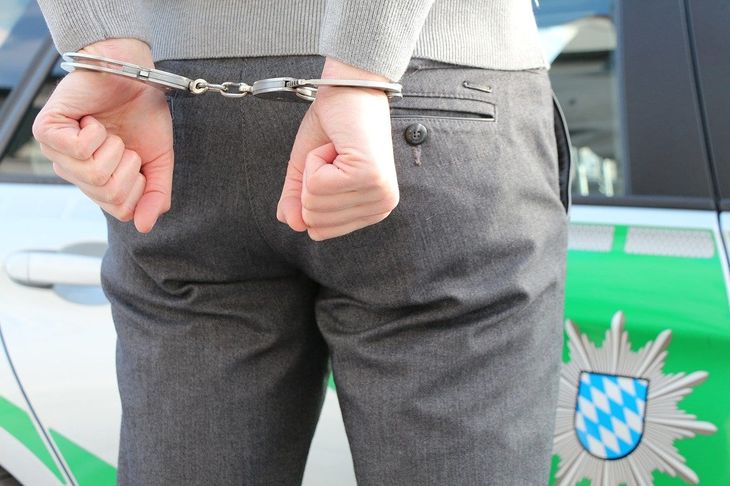 Florida Man Travels to Vancouver to Meet 14-Year-Old For Sex, Expected She Would’ve Been of Age by the Time He Got There.

I don’t usually cover these kinds of stories because yuck.

But this one leaves a question I have to learn the answer to: Just how long did Florida Man think it would take to drive to Canada?

It’s not on Mars, you know, despite some persistent rumors.

In my mind, these stories always start out like this: 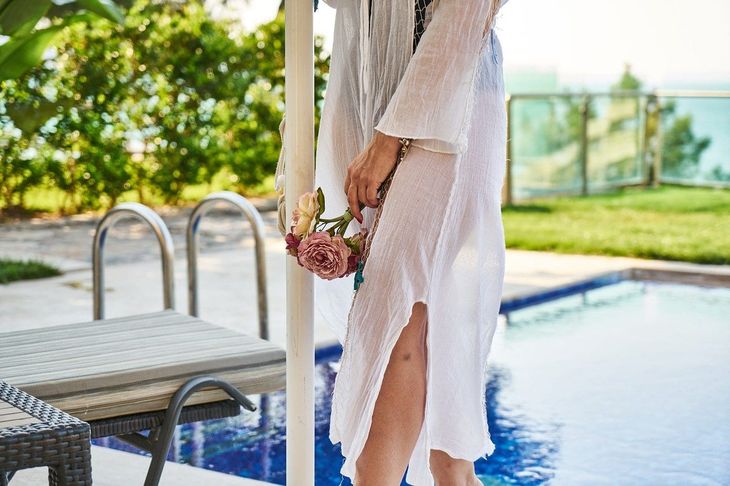 (Image by Engin Akyurt from Pixabay.) 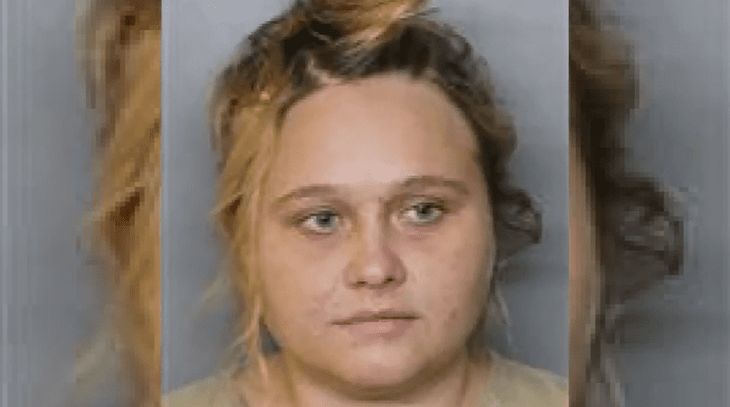 They always end in tears, an arrest, and everyone’s makeup is long gone.

But there is one truly disturbing detail:

Florida Woman Capri Wiedemann, 22, was arrested for trespassing and burglary after a skinny dipping spree at her neighbor’s house finally hit a boiling point as the owner watched as Capri took a naked dip in his pool. Here’s the kicker: the homeowner is Canadian and was watching up north via cameras he installed to catch Capri violating his pool.

The homeowner says his pool cage was cut open and a steak knife was found at the scene by Charlotte County deputies.

Who does that to a steak knife?

You might find yourself agreeing with the author of the story who reminds us that the homeowner is stuck in Canada under quarantined and since Florida Woman “doesn’t seem to mind if he watches, so these two need to come to an agreement and get on with life.”

Pull Up Your Mask, Put on Some Pants

It isn’t that I don’t love our readers here at PJMedia because I really do.

But if I have to see this stuff every week putting together Florida Man Friday, then some weeks so do you.

Previously on Florida Man Friday: 99 Cans of Pabst on the Wall

Why, Florida Woman, Why? 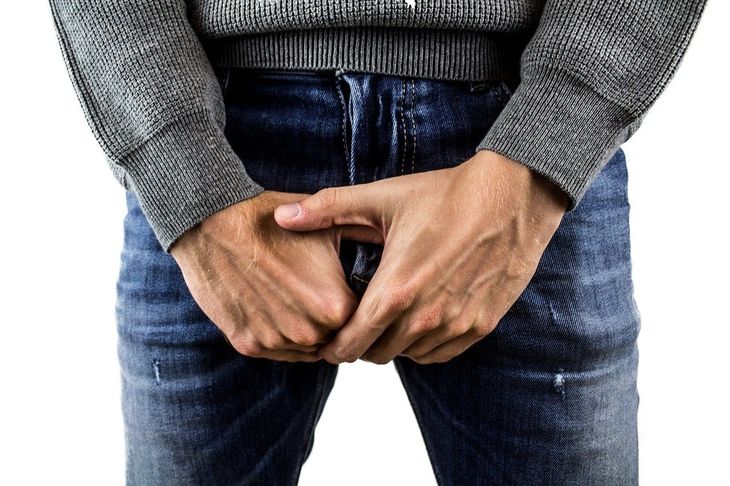 (Image by Darko Djurin from Pixabay.)

Quarantine is getting to everyone, isn’t?

Anyway, I got two very short paragraphs into this Florida Woman story before chickening out and closing the browser tab, so you’re on your own for the gory details.

Even if you don’t click, please remember that Idiocracy was a warning and not an instruction manual.

Yep, quarantine is getting to us all.

Exit question: Did the police shave his skull bare for the mugshot to get that perfect tan line, or has Florida Man been wearing one of those Sherlock Holmes deerstalker hats all summer?

Not All Heroes Wear Capes

‘We got your back’: Jacksonville server gets surprise $200 tip.

Tiffany Bess works at 13 Gypsies, a Spanish influenced tapas restaurant located at 887 Stockton St. According to her Facebook post, she was serving two young women around dinnertime on July 14 when they gave her a $200 tip on their $44 bill.

“To say I was blown away is an understatement,” Bess wrote in a post originally shared in the foodie group, The Scoop with Jax Restaurant Reviews.
Along with the 455% tip, the women left Bess a note that read, “In these times, we got your back.”

My wife and I have been overtipping since the shutdown began, but never anything close to 455%.

Get Me Eighteen Gallons of Solarcaine — STAT!

The world’s worst sunburn comes in at about the 17-second mark, and honestly this might be as painful as that other story I couldn’t finish reading.

Crime of the Century 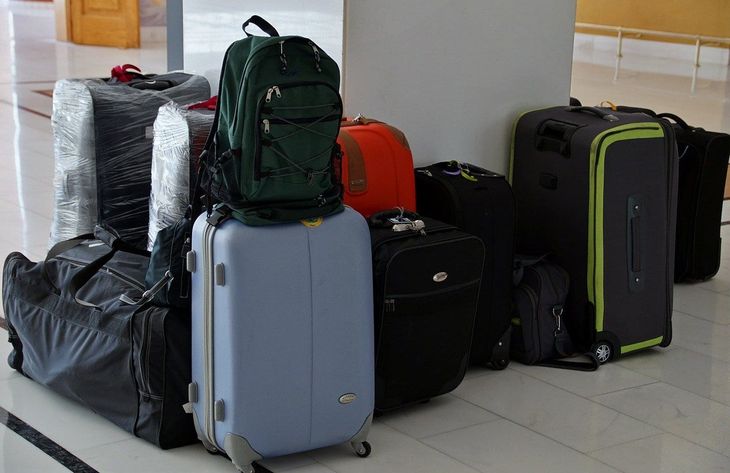 (Image by ivabalk from Pixabay.)

I love this bit:

The narcotics were reportedly concealed through the padding of brand new clothing. The packaging and method of concealment were consistent with intentions of redistribution, per report.

“Arouses,” New York Post? Are you freaking kidding me with that?

I’m going to start a GoFundMe campaign to drive those things extinct.

No Kangaroos Were Harmed in the Making of This News Item

o How did the kangaroo end up in Florida?

o What was it doing loose?

o Why hasn’t the owner been located?

o Because seriously, how many kangaroo owners are there in Florida, man?

The Return of Florida Iguana Madness

o PETA urges: If you’re killing iguanas, do it in the “kindest manner possible.”

o Judge Cicconetti orders Florida man who threw iguana not to go ‘around bragging’ about what he did.

Only one iguana was harmed in the making of this news item. 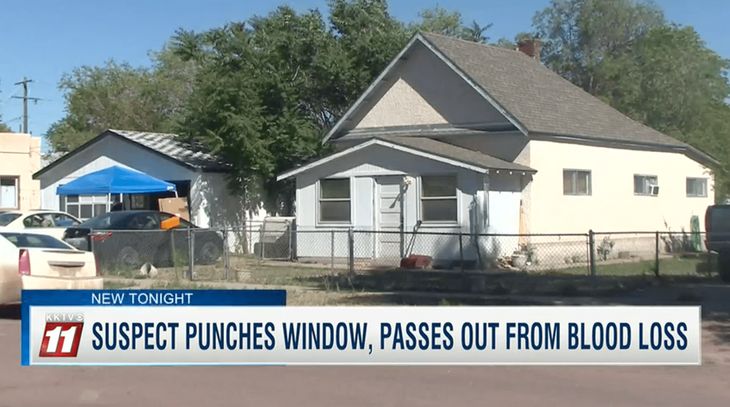 Colorado Man tries to break into home by punching window, passes out from blood loss.

My absolute favorite story this week comes from just about an 80-minute drive from my secret hilltop lair, down in Canon City, Colorado.

Instant karma’s gonna get you:

Pamala Miles was home alone when it all happened. She lives in the 1100 block of Harrison Avenue. She says she heard a knock at the front door and didn’t answer. Then she heard a knock on her back door. When she opened it, she saw a strange man.

Miles says that the man tried to come in, but she was able to close the door. That’s when he punched the window, and cut himself on the glass. Miles says the suspect went to the front yard and passed out.

Apparently, Colorado Man was then helicoptered to a hospital in Colorado Springs for emergency treatment, but why the rush? An ambulance with the emergency lights switched off would have been plenty fast enough for this guy.

Stupid is supposed to hurt, preferably for as long and as painfully as necessary to cure the stupidity.

As you probably know by now, a story like that one can mean only one thing: Florida Man has exactly one week left to reclaim his crown of glory in time for the next exciting installment of…