There’s really no better way to describe what’s become of the Democrats: The national party is a protection racket so big and so vicious it would fill Tony Soprano’s dark little heart with envy.

You may have seen protection racket schemes in so many movies and TV shows that you’re not even sure if they’re real, but they are.

It’s a simple scheme. A thug shows up at your business and explains that in exchange for a cut off the top of your weekly sales, he’ll protect you from bad elements in the neighborhood.

If you don’t pay, maybe you find the next day that your windows have all been broken — or worse. If you do pay, you’re on the hook for those payments forever — even when your business is losing money.

Needless to say, the “bad element” is the thug himself.

Democrats have taken heed of that example all too well, as you’ll see. 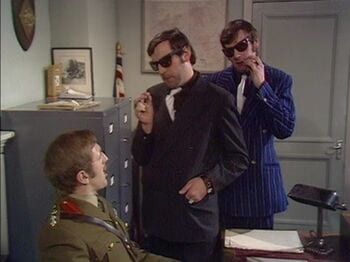 In the Monty Python version — sorry, but the YouTube copy has been pulled for copyright violations — a pair of mobsters try to wrangle protection money out of a British army base commander.

Dino: The Colonel’s a joker, Luigi.

Luigi: Explain it to the Colonel, Dino.

Dino: How many tanks you got, Colonel?

Dino: You ought to be careful, Colonel.

Colonel: We are careful, extremely careful.

Dino: ‘Cos things break, don’t they?

Luigi: Well everything breaks, don’t it Colonel. (he breaks something on desk) Oh dear.

It’s funny because a couple of Goodfellas would never be dumb enough to try to take on an actual army.

It isn’t so funny when it’s an entire country being held hostage by Democrats and their enforcers in antifa, BLM, and the cancel culture.

Look at the mobs on the streets of our blue cities. Who unleashed them, excuses them, joins hands with them?

And what do the American people have to do to make the riots stop?

All we have to do is elect Democrats this fall, and as surely as night follows day, they promise that the destruction will come to a stop.

What about #DefundThePolice? As I’ve written before, the genius of creating police departments is that it democratized (at least ideally) law enforcement by making it available to anyone able to contact the police. If the Democrats succeed in defunding the police in our blue cities, police protection will go to those with political pull over their local blue-city Democrat.

Democrats Didn’t Think Patriotism Was Racist When Obama Was President

There’s something even worse than having to pay protection money to the mob, whether it’s the mafia or the woke variety: What happens when you can’t pay anymore.

It’s at that point that the mob picks the bones of your business clean. They’ll burn up your remaining credit on big purchases, then sell everything off the back of the proverbial truck. When it’s all over, you’re left with nothing but bankruptcy and getting the hell out of town.

I maintain that’s exactly what cancel culture does. Once the woke mob gets its claws into you, for wrongthink real or imagined, they will pick you cleaner than the shelves of a convenience store put out of business by the mafia.

Watch our cancel culture in action. Who is doing the canceling? Who justifies enforcing Orwellian goodthink on free Americans? Who wants to erase our past by tearing down monuments and renaming anything that might have once triggered the most delicate of snowflakes?

Don’t get me wrong: There are certainly examples of conservatives indulging in cancel culture, or at least trying to. But the systematic, mobster-like effort is entirely a creature of the left.

This mob, however, is one the Democrats cannot control.

Once unleashed, the woke mob’s thirst for destruction won’t be quenched until they’ve run out of victims.

Also for our VIPs: COVID-19 Frenzy Jumpstarts the Cashless Society, But at What Cost to Liberty?